István Teplán is a Hungarian academic who founded Central European University together with George Soros in 1989. He served on the Administrative Board of the International Association of Universities (UNESCO) between 2000 and 2008 In this short dialogue with 45north, Mr. Teplan talks about the spread of illiberalism in Eastern Europe and how can we fight against it.

45north: Mr. Teplan, could you please share with us the experience of founding CEU with Mr. Soros and how that fitted in the broader political and social context of that time?

Istvan Teplan: The founding of CEU in 1989 was deeply embedded in the transition of Central and Eastern Europe from socialism to a democratic and market based society. Originally, the CEU was about this region and for the students of this region.

This is reflected in the subjects and departments of the original CEU. The other driving idea was to establish a Western-style graduate school in the region – preferably with more than one campus in Prague, Budapest and Warsaw – where the talented young people study together leaving their national prejudices behind (Croatians, Serbs, Czechs, Slovaks, Hungarians, Romanians, Poles, and Lithuanians). CEU has long abandoned these founding premises; however these original goals were largely fulfilled.

45north: In the context of the recent parliamentary elections in Hungary, where do you see the CEU-Orban debate going in the near future and how does it affect the broader discussion in the region on freedom of speech and illiberalism?

Istvan Teplan: I think CEU and Soros provide a convenient enemy for Mr. Orbán with anti-cosmopolitan, anti-EU and a slight anti-Semitic undertone. I think it is not so much about the CEU, it is rather a PR crusade serving issues in Hungarian politics. So it will not go away.

45north: Hungary has been 73rd in the 2018 World Press Freedom Index, dropping two positions in the ranking since 2017. Particularly, the report from the independent NGO Reporters sans Frontieres says about Hungary that pro-government businessmen have taken control of a large portion of the media, with an appetite for more. What should be done in order to ensure the survival of press freedom in Hungary and does regional cooperation play a part in this?

Istvan Teplan: You are absolutely right, there is very limited independent media in Hungary and it reaches just a small fraction of the Hungarian population. Unfortunately, a lot of the fake news and the endless government propaganda are generated by the government controlled public media and by the media owned by – as you said – pro-government businessmen who became swiftly wealthy almost exclusively through government commissions, public projects etc. In return, they shamelessly echo the government propaganda.

I believe that the Hungarian media market is not big enough for independent private investment and also very risky due to the high level of corruption. I believe here the EU should intervene establishing a non-profit Europe-wide public  broadcasting, something like a European Public Broadcasting and News Service with mandatory broadcasting in every European member state in the national languages, however absolutely independently from the national governments, just like Radio Free Europe did during the communist times. I see no other alternative.

45north: Several foreign policy analysts and publications have pointed out that there is a growing trend of authoritarianism and a weakening of the rule of law across Central and Eastern Europe.  Where do you think that the social roots of this problem lie and how can we overcome them?

Istvan Teplan: I see historical rather than social roots of this problem. These countries really do not have strong democratic traditions, maybe with the exception of the 1930s Czechoslovakia. People are vulnerable to propaganda lies and they easily fall into the traps of strong authoritarian leaders. This is especially true in a crisis or post-crisis period, when people look for someone to blame for their miseries and also look for a strong leader who promises them better conditions. I have grim expectations for the future, so do many of the young people who leave this country by the hundreds of thousands.

45north: In a 1990 New York Times article, you’ve made an interesting remark about the social significance of the courtyard: ”The courtyard was an arena of social conflicts,” because it acted as an agora where grievances could be aired. It was a place where a rebellion could spark, thus the Communist strategy of building housing blocks without this feature. Do you think places like the CEU or the online agora that defines our times can act as the new courtyards where social change can be triggered? And if so, how do we know that change would lead to something better?

Istvan Teplan: t would be nice, however, CEU has very little impact in Hungary. Of course it is still a great place for open public discourse and academic freedom, however it is an island in Hungary where freedoms are seriously curtailed these days. 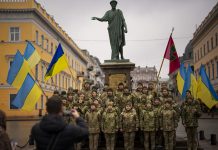 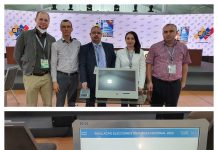 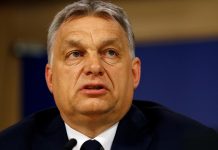 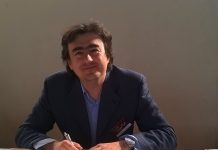 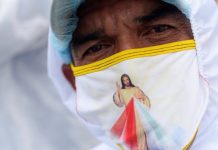