Acasă Analize Restul Lumii Iran pulls out of the nuclear deal. What does the future hold...

On the eve of the 40th anniversary of the U.S embassy takeover in Tehran– the hostage crisis that shaped the relations between the U.S and Iran in the most profound way- Secretary of State Pompeo announced a new set of sophisticated ‘asterisks’ to amend the previously  imposed sanctions on the Tehran regime. On the other side of the Meridian, president Rouhani is sliding away, step by step, from the landmark nuclear deal, by resuming uranium enrichment and therefore infringing the P5+1 deal. With the instability between the two nations growing stronger and stronger, a question of security remains to be answered.

A history of sanctions: interdicting economic autonomy for political gain

We can only wonder what type of regime Iran would have had if its liberal and democratic sectors were not targeted and abolished. The U.S has realised that its efforts in democratizing Iran by aiding internal moderates have not worked. Therefore, its next interventionist strategy has been regime change, which is attempted through enforcement of sanctions. The intention behind sanctions is to deteriorate conditions within Iran to the extent that the people would revolt against the regime themselves, and fall into the arms of the West. Sanctions were hoped to bring about popular revolts to the level that would overthrow the government in favour of a US/Israel friendly regime . They have reduced Iran’s oil exports by more than 50%, from 2.5 million barrels per day in 2011 to 1.1 million in 2013. They have isolated Iran’s central bank and have cut access to SWIFT transactions. Lastly, on top of affecting Iran domestically, sanctions have also affected Iran externally by hindering its ability to access investments in the energy and technological sectors, “with respect to this, the direct effect of US-led sanctions on Iranian industries has been the difficulty faced by Iranian firms in accessing foreign knowledge in their development paths” said Mehdi Majidpour.

Iranians have been blocked internationally from accessing foreign knowledge and have been squeezed internally within their shrinking developing market. The last cherry on top of these deteriorating conditions has been last year’s targeting of the Iranian currency. The Trump administration especially targeted Iran’s rial, rendering it virtually useless outside the country.  These efforts by the U.S have helped to destabilize Iran’s infrastructure. To meet their aims of regime change, the U.S. has deliberately abolished Iran’s autonomy in furthering its own development.

Not only has the U.S. unintentionally destabilized Iraq and Afghanistan but it has now been intentionally destabilizing Iran. U.S.’s hegemony and power in pursuing its interest have not been useful or beneficial for the Iranians, cutting them off from a future that could have included a financial integration in the regional market. While finger-pointing is not necessarily helping with the conflict resolution strategies, it sheds light on the complex political canvas painted by the two powers and the unlimited contingencies that a potential new nuclear deal could face.

The game of duress

The U.S.’s decision to unilaterally withdraw from the Joint Comprehensive Plan of Action (JCPOA) in 2018, due to their perception of Iran’s nuclear ambitions and the impossibility “of preventing an Iranian bomb under the decaying and rotting structure of the current agreement” has irrevocably damaged the relations between Washington and Tehran.

Iran announced on Tuesday ( 5 November 2019) that they will begin injecting uranium gas into 1,044 centrifuges. This represents an attempt at persuading the P5 states to relieve the country from what Mr. Rouhani defines as ”wrong, cruel and illegal” sanctions in exchange for Iran maintaining its pre-established limits on uranium enrichment.

The U.S.’s strategy for a potential deal with Iran, as outlined by Mr. Pompeo’s speech, is far from being feasible and it eradicates any chance of diplomacy, setting the two powers up for catastrophic consequences. His 12 demands nurse natural hostility against Iran and run the very dangerous ‘maximum pressure’ playbook, to which Iran is responding with ‘maximum resistance’ . Pushing the state to renounce ALL of its strategic interests and forging requirements such as “ending the support of middle eastern terrorist groups” , “permitting the disarming, demobilization, and reintegration of Shia militias”, and “ending its threatening behavior against its neighbors – many of whom are U.S. allies” puts Iran at fault for extremely complex geopolitical realities. The deal Pompeo proposes translates more into a declaration of war than a shortcut to peace and stability.

As Ali Vaez stated, “No Iranian politician can afford to negotiate under duress with a US president”. These over exaggerated fears of a militant nuclear Iran waging war throughout the Middle East are rooted in orientalist assumptions of rationality, correctness, and benevolence; which are considered uniquely ‘Western’ deals that must be bestowed through Western hegemony and intervention. Oriental assumptions around the ‘West’ and the ‘Rest’ are not uniquely tied to Iran or Trump specifically, and would require much more than a presidential transition or a regime change to adjust.

Consequently, Tehran has also started to feel tensions in the region, by activating its proxies and allies on many fronts. In Yemen, the U.S and Iran are on opposite sides between the Huthi rebels and a Saudi-led coalition that has devastated the country. In Iraq, a share in U.S. and Iranian interest in stability is giving way to a struggle for influence that could destabilize the country and the government. In Syria, Iran and Israel are engaged in high-stakes, tit-for-tat attacks that could draw in Lebanon.

Both sides say they don’t want a war, but that is no guarantee against stumbling into one. Indirect, interconnected confrontations involving U.S and Iranian allies are already multiplying in the region. Any miscalculation and they could be drawn into a direct confrontation that neither of the two wants. The international community is still committed to a diplomatic solution for this crisis. The U.S and Iran could start by first freezing, then de-escalating their dispute. For Washington, it means lifting sanctions and providing Iran some relief from its economic siege. For Iran, it means ending its violation of the nuclear deal. For E.U, it means restoring trade with Iran. For all parties, it means pulling back from the military provocations in the Gulf. 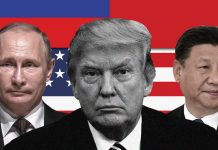 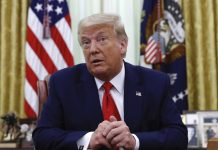 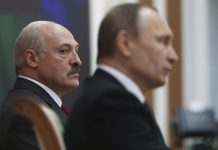 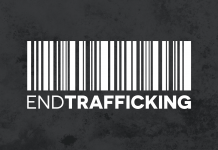 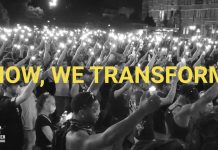