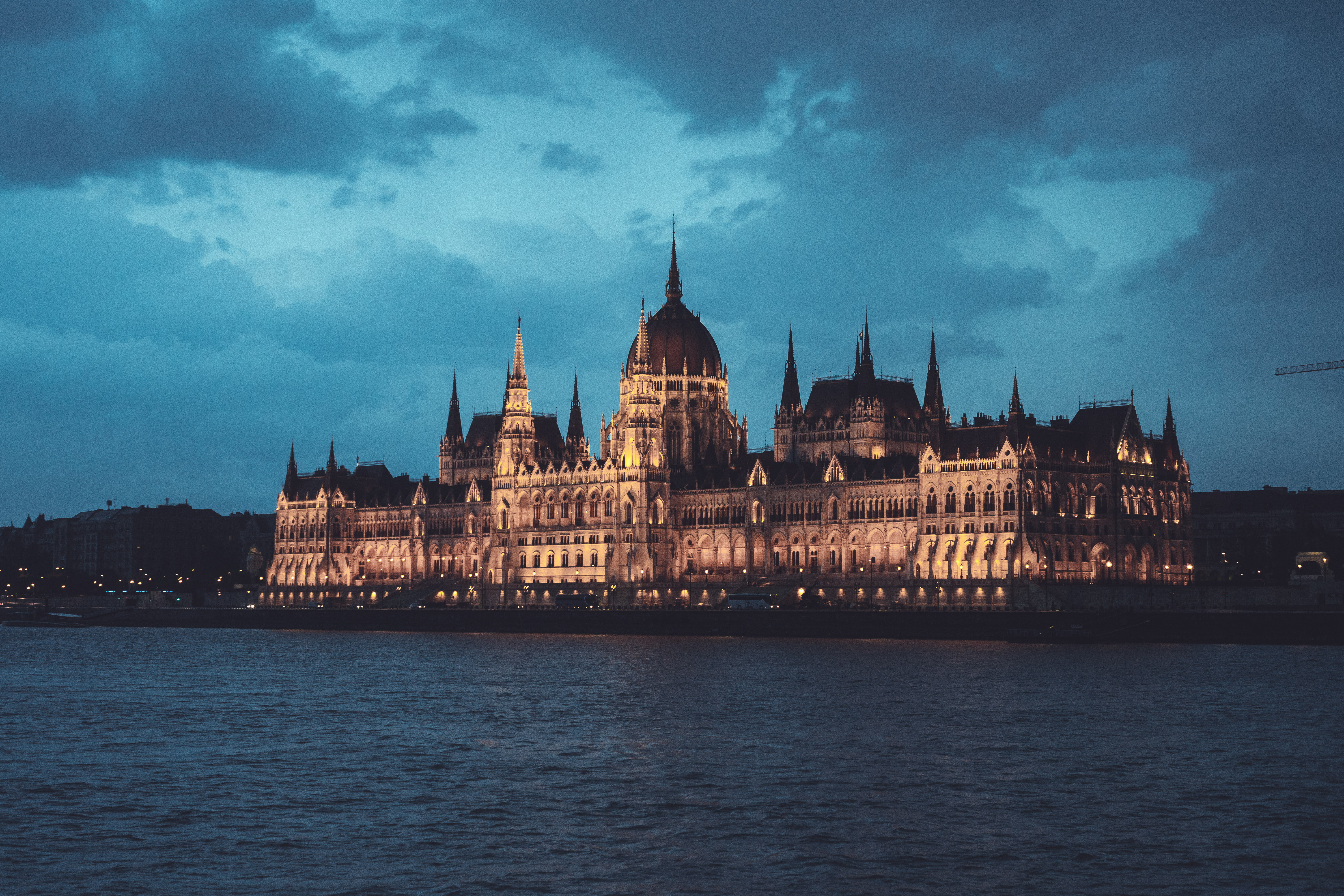 The Minority SafePack initiative’s public hearing in front of the European Parliament took place on 15th of October. The 4-hour hearing was carried both in person and online, conforming to the conditions imposed by the coronavirus pandemic. This was an important event, as the initiative is allegedly designed to represent a key step in the mission of better representing the diverse minorities found throughout Europe. However, the initiative could present several issues which would serve the political agendas of certain illiberal regimes from the continent, such as Hungary and Russia.

We have pointed out many of these issues in our previous article on the matter, which can be found here. The next step for the initiative will be a plenary debate and a resolution on 12 December 2020. With the public hearing having come and gone, let us take a closer look at how Minority SafePack fared in front of the European Parliament.

Before delving into the topic of interest, it would be important to remember that the initiative aims at creating a supranational legislation, which raises issues of constitutionality with respect to Member States, issues of defining collective rights based on ethnic criteria, whereas international law treats minority rights as part of fundamental human rights. It also interferes with international obligations already assumed by a vast majority of European states that ratified the Framework Convention for the Protection of National Minorities and the European Charter for Regional or Minority Languages.

Furthermore, MSPI will introduce a definition of national minorities, most likely based on the 1201 recommendation from the Council of Europe, made in 1993. Not taking into account the dangerous risk of autonomy and secession within the Union that this definition might entail, it will create the basis for defining Russian, Turkish or Chinese communities as national minorities.

The initiative was not just formally accepted during the hearing, as legitimate worries were raised by the members of the parliament. Overall, opinions were mixed, and many of the representatives of the Member States which have met the necessary statewide threshold during the signature collection period were quite vocal during the hearing. Specifically, Romanian, Polish, Latvian and Spanish representatives had a lot to say on the matter.

In Romania, the organizers of the initiative managed to obtain a little over 250.000 signatures, a vast majority coming from ethnic Hungarians, making it second to Hungary, which has obtained over 500.000. Romania has the largest ethnic Hungarian minority in Europe, representing 6% of the total population. By having so many signatures coming from countries in which ethnic Hungarian populations exist, it is not surprising that some worries arose regarding a potential influence from Hungary, influence which could lead to fragmentation and corruption.

A Romanian member of the European Parliament, Mr. Vasile Blaga, was skeptical regarding the initiative. He raised a number of issues, beginning with the fact that a citizens’ initiative like Minority SafePack cannot undermine the fundamental treaties of the EU. He brought up the legal ramifications of MSPI and recognized that there were faults with the initiative, namely how it promoted collective rights on ethnic criteria, when at an EU level there is no clear definition of what constitutes a national minority. He believes that the initiative could lead to greater division among Europeans.

Another Romanian member of the Parliament, Mrs. Ramona Strugariu, had a more targeted approach. She also thought that the EU treaties should not be overwritten in the respect of minority protection. Just as Mr. Rares Bogdan before her mentioned, Romania is composed of a diversified population and there are already laws and rules in place against discrimination. Nevertheless, what made her approach more targeted was her focus on a topic which was present in our previous analysis on the subject of the initiative. That is the Hungarian government’s involvement in the initiative, both through FUEN’s Loránt Vincze’s role in the project, as he had been associated with the government in some projects in the past, and Viktor Orban government’s financial and public support of it. Therefore, she was interested in assessing how much of the initiative is truly about minority rights, and how much is it about Orban’s agenda on minority rights.

Those accusations prompted Mr. Vincze to interject and reply to Mrs. Strugariu. He mentioned how, overall, the Romanian government is against the project. Despite that, he added that a lot of the signatures for MSPI came  from ethnic Hungarians living in Romania, a fact that he was proud of. However, this argument fails to deny miss Strugariu’s points, especially the one referring to his previous financial arrangements with Budapest, through a government funded think-tank.

We reached out to Mr. Vincze, to ask him about the accusations of incompatibility raised during the hearing. We specifically asked him if he thinks that there is an incompatibility between his former status as an employee of the Antall József Foundation in Hungary and his involvement in MSPI and if he thinks that there is a conflict of interests because of him being an EU rapporteur for European Citizens Initiatives and his active involvement in collecting signatures for MSPI. His full response, bellow:

From your question, I do not understand what the incompatibility between a former job and my current position as an MEP could be. The incompatibility may only refer to conflicts of interests and conduct during the European Parliament mandate. Therefore, my former employment did not have, does not have and could not have any consequences with regards to my activity and my conduct during my time as an MEP. The fact that my political mandate involves completing a citizens’ initiative is also mentioned in the code of conduct, cited as follows: “there is no conflict of interests when the MEP benefits from an advantage because he/she is simply a part of the population, as a whole, or an extended category of individuals”

There is no conflict of interests between my position as an EU rapporteur on European Citizens’ Initiatives and my involvement in collecting signatures for MSPI. On the contrary, when rapporteurs are assigned, their experience on a certain topic is taken into consideration, and on the matter of European Citizens’ Initiatives, in the current mandate, I am probably the MEP with the most experience and legal and procedural knowledge.”

Nevertheless, there were worries with regards to another actor, namely Russia, which were raised during the hearing. We also mentioned Russia in our previous article and Mrs. Dace Melbārde, from Latvia, made some arguments in this regard. She said that there is a possibility that the initiative can pave the way to segregation within nation states which should be addressed, as it would affect their unity. She gave the example of Latvia, where two communities would be established if more Russification is allowed to go ahead through an initiative like Minority SafePack, with one community following the ideology of the Kremlin. In other words, the initiative could allow Russia to be brought in through the back door and, by extension, be brought back into Latvian society, which would run against the will of the Latvian people. She ends her speech by emphasizing that the current Latvian constitution already recognizes the rights of all people which are part of the state, presumably doubting the need for an initiative such as Minority SafePack.

Salla Saastamoinen, acting Director General in Directorate-General for Justice and Consumers at the European Commission also had an intervention, from a more technical angle, saying that European institutions already adhere to the rights and norms mentioned in MSPI, suggesting she does not see the necesity of adopting the measures proposed in the initiative. According to Mrs. Saastamoinen, the Commission budgeted 21.5 billion euros in funds to be used for advancing the cause and wellbeing of national minorities.

Certainly, some interesting points were raised during this public hearing. What follows from this stage is the European Commission’s decision on the initiative. It remains to be seen whether the nature of this decision will be positive or negative, both for the initiative, but also for the European continent as a whole. Until then, it remains to be seen how the European Parliament will decide on MSPI, taking into consideration a multitude of factors such as the need for respecting the EU treaties, the respect for national constitutions and sovereignty of the member states, international law already into force in the vast majority of European states, the non-discrimination policy and, most important, the risk of turning the European Union into a fragmented under-national (regional) decision maker on ethnic criteria. 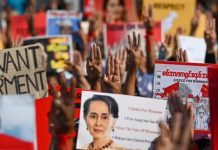 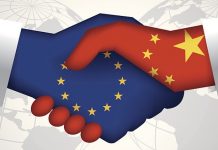 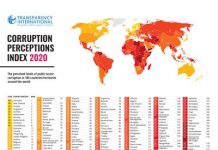 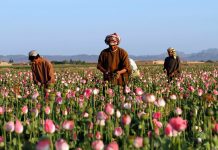