To some, globalization is a desirable and irrevocable mechanism of prosperity and progress, while to others it is nothing but an exercise of corporate imperialism that aims to plunder and profit in the global marketplace. It is undeniable that globalization has brought many benefits to the world, allowing nations to share technology and knowledge, promoting a diversified landscape full of quick advances. However, globalization also has a dark side, represented by the negative forces that have been unleashed as a result of the very compression of time and space made possible by globalized technologies. Within the dark side of globalization, transnational flows of organized crime pose the worst threat. Of those, trafficking is perhaps the crime with the most potential and Europe represents its ideal hub.

Of course, there are many other offences part of dark globalization which have been more infamous in recent history, such as terrorism, money laundering and global pandemics. Nevertheless, what places trafficking apart from those is its sheer size as a crime, both in geographical spread and content. As it can be seen in the map below, trafficking flows originate in various states part of virtually all continents of the world, depending on the good that is being trafficked. Furthermore, many of the arrows point toward Europe, more specifically Western and Central Europe. This showcases how the continent is the ideal market for trafficking of all sorts, making it the main hub for this crime. In terms of content, trafficking encompasses a wide variety of goods. The map below only highlights a few of the things that are currently being trafficked around the world. Aside from drugs, weapons, humans, counterfeit items and wildlife, trafficking is also done with migrants and cultural property such as antiques and art.

By no means will the following analysis be exhaustive, as it would be simply unrealistic to cover the full extent of trafficking in a comprehensive way. Therefore, the kind of trafficking that will be dealt with in this analysis will cover the European continent only, being that it is such a crucial place for the realization of the offense. With that in mind, the trafficked goods that will represent the subject of this analysis will be reduced to the three main ones in the aforementioned continent. Certain trafficked goods are more prominent from one continent to the other and within Europe, weapons, drugs, and humans are the most prevalent.

With massive stocks of arms from the Soviet era, some Eastern European countries remain vulnerable to trafficking. For example, Ukraine has essentially inherited 30% of the Soviet military-industrial complex. According to the United Nations Office on Drugs and Crime (UNODC), by 2010, the country held an estimated 7 million small arms. This made it, in absolute terms, the third largest stockpile in the world, after China and Russia. Most of the military arms trafficking takes places under a veil of legality, hinging on corruption as the shipment of the goods is entirely dependent of paperwork. In concrete terms, most transactions involve a combination of officials and international arms brokers, who sell their connections, access to fraudulent paperwork and transportation services to insurgent groups and embargoed states.

It terms of valuation, arms trafficking to political combatants is deemed as episodic, so it is difficult to speak of a consistent flow. That is because transactions depend on the current political affairs and insurgent movements happening in the demanding countries. There will be periods of relative peace and others where conflict and insurgencies are a daily occurrence. Nevertheless, arms trafficking from Europe is highly profitable when it occurs. In a specific case of trafficking to South Sudan, about 40.000 Kalashnikovs were sold in the period between 2007 and 2008, which were valued at roughly US$33 Million. This makes weapons trafficking in Europe not only profitable on its own, but also when compared to similar trafficking in other continents. For example, the UNODC estimated that weapons trafficked each year from the United States generate at most US$20 Million in retail value, more than 10 Million below the transaction in the European example.

Most of the drug trafficking that occurs in Europe happens from Afghanistan. Afghanistan is notorious for its large areas of opium poppy cultivation, which generate tons of heroin, a majority of which is consumed in Europe. A UNODC Report from 2010 estimated the annual retail value of Afghan Heroin going to Europe to be roughly US$20 Billion, making drug trafficking into Europe one of the most profitable trafficking crimes in the continent.

Although 2018 saw a decline in Afghan opium poppy cultivation to 263.000 hectares, this was still the second highest figure on record, after the previous year’s. According to the UNODC, the total area under opium poppy cultivation worldwide was almost 420.000 hectares in 2017. For reference, this is roughly 45% of the total area of Cyprus. Of this worldwide area, 75% was in Afghanistan, which accounts for well over 80% of opiate production, with 6.400 tons produced in 2018 alone. Heroin, morphine, and opium produced from those years’ Afghan crops have already entered international markets, of which hundreds of tons are being consumed in Western and Central Europe.

Those numbers, while being slowly reduced thanks to international law enforcement agencies, are still worrying when considering that in 2017, 585.000 people have died as a result of drug use and another 35 million suffered from drug use disorders.

Human trafficking is the transnational process where victims are recruited abroad and transported across borders into another country where they are exploited for labor or sex. This is perhaps the worst kind of trafficking that occurs in Europe in terms of gravity, simply because it is very hard to estimate the number of victims that are being trafficked. While there are efforts made by international organizations to register as many victims as possible, the actual number of victims could be far higher than the ones reported. In 2010, the UNODC has estimated a stock of 140.000 victims, with 70.000 new ones entering the market annually. That is because the average period of exploitation was deemed to be of two years. Furthermore, it was estimated that human trafficking generates a gross annual income of US$3 Billion for the exploiters. In terms of the wider, global context, victims from at least 127 countries have been detected, and 137 countries reported having detected victims. Being that there are 195 countries in the world, this means that a little over two thirds of the world’s countries engage in human trafficking in some way. This is even more alarming when considering that two thirds of the victims are women, and roughly 80% of the victims were subjected to sexual exploitation.

Nevertheless, according to European Commission reports, progress is being made as more victims are being registered each year. In the European Union, 15.846 victims of human trafficking have been reported between 2013 and 2014, the number rising to 20.532 reported victims between 2015 and 2016. Furthermore, in the period between 2015 and 2016, nearly half of the victims, 44%, were European Union citizens and just over half, the remaining 56%, were outsiders. In terms of European countries with the most registered victims in the past decade, the Netherlands, Romania, the United Kingdom, France, and Germany are at the top, showcasing that human trafficking is highly prevalent in Western Europe. In contrast are the top European nationalities of registered victims, which are mostly Eastern European, more specifically Romanian, Hungarian, Polish, and Bulgarian.

Lastly, it is important to note that, while more victims are being acknowledged and helped, little progress is made towards bringing traffickers to justice. According to the 2017 State Department Trafficking in Persons (TIP) report, there were 14.894 prosecutions, with 9.071 convictions for trafficking globally in 2016. Out of those, only 2.703 prosecutions and 1.673 convictions occurred in Europe.

The Future of European Trafficking

Having seen the situation of the three main trafficking offenses in Europe, a resolution is deeply needed in order to counter the spread and influence of this crime. Global strategies, which involve a wide range of public and private actors, are required to address the issue of trafficking. Thankfully, the main law enforcement agencies, such as Europol and Interpol, are working towards this goal by establishing a network of police departments which collaborate by sharing data on crimes and criminals. Nevertheless, the establishment of cooperation among law enforcement authorities in Europe can only truly achieve so much. As long as there is a demand for those trafficked goods, criminals will find a way to continue their practices. This is especially true when considering that regulating international commercial flows has become increasingly difficult to collectively manage, due to their rapid growth thanks to globalization. As such, trafficking will continue well into the future. What authorities need to start considering is how to change the mindset of those who encourage and demand its continuation. 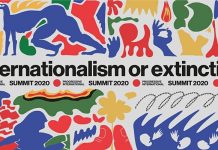 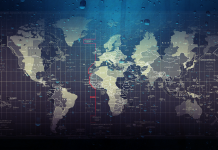 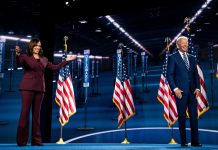 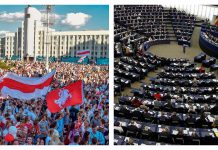 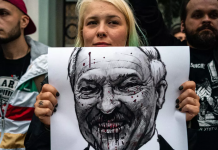