In China, the region Xinjiang is known for the Uyghurs Muslims who live there and resemble more with the people of Central Asia than the majoritarian population, Han Chinese. However, waves of Han Chinese moved to Xinjiang and created ethnic tensions and exclusion of Uyghurs. In the Western regions of Xinjiang, millions of Uyghurs, ethnic Kazakhs, Kyrgyz and other Muslim minorities have been sent to secret internment camps for the past few years.

However, the Chinese Government and the Chinese Ambassadors from other countries are claiming that these are voluntary training centres and schools, aiming to combat terrorism and religious extremism. Several news agencies and research institutes published details about these events only since 2018, when they interviewed “students” and workers inside and outside the camps about the conditions, in order to compare their declarations.

What China presents to the public about the camps

One of the “students” said he had come there by choice because he had “weak awareness of the law” and he was “influenced by extremism and terrorism”, so a policeman told him to enrol in this school, in order to help him “transform” his thoughts. The activities and images from the camps, which the Chinese authorities want to present to the public are Muslims singing, painting, dancing and seemingly having a good time studying. Furthermore, the professors say that they are aiming to change their extremist thoughts and get a job after they finish their training there. They learn several chores, like making the bed, cleaning and hairstyling, presented John Sudwoth, BBC reporter, who visited the camps and published the reportage.

Actually, the authorities claimed they were reducing terrorism by taking Muslims in these camps. “Some people, before they commit murder, they already show they are capable of killing. Should we wait for them to commit the crime? Or should we prevent it from happening?”, declared Zhang Zhisheng, Xinjiang foreign affairs officer.  Thus, the Chinese authorities were determining Muslims guilt in advance, in order to “prevent further murders”. They claimed that there has not been any terrorist attack in Xinjiang in the last three years due to these measures. Thus, the authorities presented their work as not only combating, but also preventing murders.

Furthermore, in the Criminal Law of the People’s Republic of China, it is claimed the following: “A criminal attempt refers to a case where an offender has already started to commit a crime but is prevented from completing it for reasons independent of his will.”

What foreign analysts claim to be the truth

Another side of the story started to reveal from an official document, The Karakax List, secretly brought out from the camps. It described the real reasons for taking the Muslims in the camps, such as having Whatsapp on their phone, wearing a veil, praying in public places, applying for a passport or entering on a foreign website. All of these were considered as signs of radicalisation and had to be corrected. Furthermore, alongside their personal information, there were mentioned details about their families, too. If they had a relative living abroad or were publicly practicing their religion, they were considered as anti-Han supporters and had to be interned.

In private interviews with former participants, there were described completely different activities than singing and dancing in the camps. Apart from being held in there by force, people did not know for how long they were going to stay in the camps. They also had to obey rules, wear uniforms, shave their beards. Otherwise, they could have cuffs at their hands or legs, be beaten or struck with an electric baton. Also, the camps have watchtowers and barbed wire. The Muslims are learning Mandarin, Chinese laws, develop practical skills, praise the Chinese Communist Party and are not allowed to pray, because these camps are considered a public space and the rules do not allow religious manifestations there. Once the people “learn” all of these, they can “graduate the school”. They are subjected to political indoctrination, threatened and always monitored by security personnel, declared BBC and the Australian Strategic Policy Institute (ASPI).

Ben Emmerson QC, a British barrister and former UN Special Rapporteur on counter-terrorism, emphasised even more extreme conditions from these camps: “Students should have a fixed bed position, fixed queue position, fixed classroom seat and fixed station during skills work and it is strictly forbidden for this to be changed.” Thus, these conditions indicate a high degree of regimentation, similar to military prisons.

What comes after they are released from the camps

Regarding their future after being released from the camps, they do not regain their freedom, they continue to be kept under control and sent to do forced labour. ASPI published the report Uyghurs for sale in which there is presented how Muslims are transported all over China in dedicated trains to factories, such as Apple, Nike or Dell. There, they start working in highly secured places by wired fences and high-tech systems. One governor is in charge of every 50 Muslim workers and they are also monitored by security personnel. If they oppose working, they are reminded that their families from Xinjiang would be in danger. Thus, they obey the rules.

However, the factories deny that the employees are forced to work, The Washington Post declared. Apple claimed that all its workers are treated with the dignity and respect they deserve and Nike announced that its suppliers respect the international labour standards globally and they are not allowed to use “forced, bonded or indentured labour”.

“We can walk around, but we can’t go back [to Xinjiang] on our own” declared one Uyghur woman working for Nike in Laixi.

Furthermore, each worker’s personal information is kept in a database developed by Xinjiang’s Human Resources and Social Affairs Department. From their medical record to their ideological orientation, the authorities monitor all the details about the Muslims. Police is regularly controlling the rooms of the workers, in order to find out if they have any religious content or messages on their telephones.

The Congressional-Executive Commission on China, an independent agency of the US government, has also published their 2019 annual report about the forced labour of Muslims. It presented where are the Muslims sent to work, what products made with forced labour are imported in the USA and called on the Chinese Government to stop these actions.

However, Chinese Media is claiming that the Muslims are enrolling voluntarily in working programs and are not forced to work. In December 2019, the regional government chairman, Shohrat Zakir, actually claimed that the Muslims have graduated the programme and now they have a stable working place and have a better life due to government’s involvement. Moreover, the media presents that they have big wages, while, in fact, the records show that the Han Chinese workers are paid more that the Uyghur workers.

On the other hand, the ASPI report published information which claims the contrary of voluntary work. In November 2017, more than 500 Uyghurs were sent in Hefei to work for a Chinese company producing materials for a lot of international companies including Samsung, Sony, BMW and Volkswagen. Furthermore, 1554 workers have also been transferred in Hefei at the same company from January to August 2018. The average number per month of deported Muslim workers is 100 in several regions across China, such as Jiangsu, Guangdong, Anhui and Hebei Provinces. The biggest number of transferred Muslims, reported in a month, was 1200 in May 2017. Most of them have been sent to a Chinese company in Jiangxi, which also collaborates with international firms, such as Amazon, Microsoft, Dell, LG. During 2017, a lot of Muslims were sent to work for this company, reaching more than 1000 Uyghurs workers at the end of the year, according to the declaration of one worker.

Chinese legislation regarding the rights of the Muslims

A very important observation to all the actions made by the authorities is that they do not have the legitimacy to treat the Muslims in this way. Discrimination based on ethnicity and religious beliefs is forbidden by the Chinese Constitution, as well as by the international law. The Constitution states the following “All nationalities in the People’s Republic of China are equal. The state protects the lawful rights and interests of the minority nationalities and upholds and develops the relationship of equality, unity, and mutual assistance among all of China’s nationalities. Discrimination against and oppression of any nationality are prohibited; any acts that undermine the unity of the nationalities or instigate their secession are prohibited. The state helps the areas inhabited by minority nationalities speed up their economic and cultural development in accordance with the peculiarities and needs of the different minority nationalities.” However, the state has never confirmed the oppression or torture of the Muslims, so that it could not be accused of infringing upon the law.

What is the world doing about it

On the 14th of May 2020, the US Senate has approved by unanimous consent the Uyghur Human Rights Policy Act of 2020, a bill which impose sanctions on the Chinese Communist Party for building the internment camps for Muslims and infringing their rights. US President Donald Trump signed into law the bill on 17th June 2020. Several versions of the bill passed in the US Senate in 2019, but they were put on hold because of the impeachment proceedings.

President Donald Trump has to submit within 180 days a report which identifies Chinese officials and other individuals responsible for any actions related to the maltreatment of Muslims minorities in China.

However, the American president has signed the bill on the same day that John Bolton, his former national security adviser, published an excerpt of his forthcoming book, claiming that during a dinner at the G20 meeting in 2019 President Donald Trump encouraged Chinese President Xi Jinping to build the concentration camps.

“With only interpreters present, Xi had explained to Trump why he was basically building concentration camps in Xinjiang. According to our interpreter, Trump said that Xi should go ahead with building the camps, which Trump thought was exactly the right thing to do. The National Security Council’s top Asia staffer, Matthew Pottinger, told me that Trump said something very similar during his November 2017 trip to China”, wrote John Bolton.

The US President denied these accusations, claiming that John Bolton’s book is made up of lies.

Bolton’s book, which is getting terrible reviews, is a compilation of lies and made up stories, all intended to make me look bad. Many of the ridiculous statements he attributes to me were never made, pure fiction. Just trying to get even for firing him like the sick puppy he is! 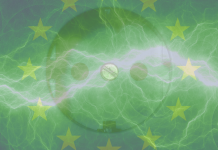 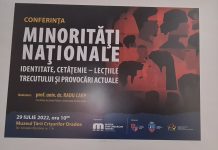 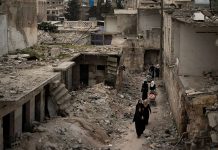 Syrian Conflict through the Lens of Cosmopolitanism 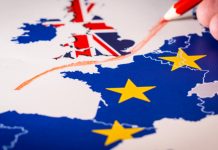